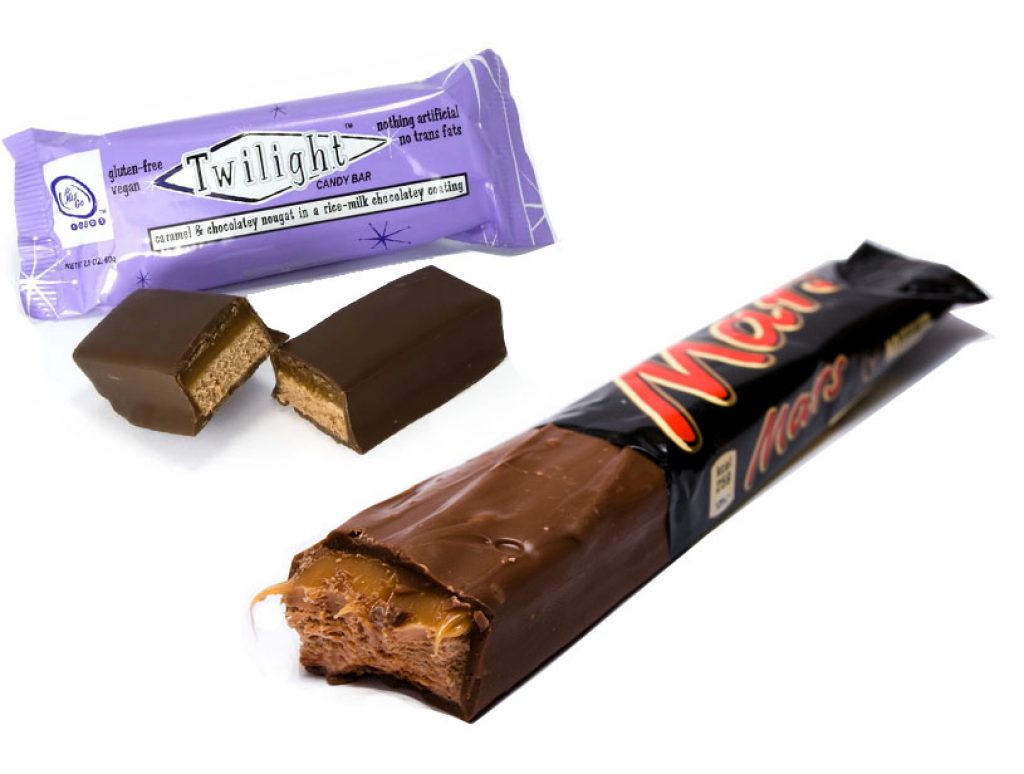 If you’ve got a craving for one of the best selling chocolate bars in the UK but thinking are Mars bars vegan, well you’re not alone, it’s up there with one of the most common questions people ask when it comes to chocolate and veganism.

The answer to the question simply is at this current time they are not vegan but are vegetarian, not good news for vegans and this is down to their use of milk in the product. There is a some good news though as there are alternatives you can buy or make as listed below.

These chocolate bar/biscuits are also not suitable for vegans as they contain milk, as with the above they can be eaten by vegetarians.

A similar answer to both of the above, the method that Mars (the producers of Twix) use when making these mean they use milk products. So unless you’re a vegetarian then you won’t be able to eat these if you are vegan.

So you’ve come to the realisation that you’ll no longer be able to pop to your local shop and grab a Mars bar, I know it’s not ideal but you can make your own at home and then make sure you grab one on the way to work in the morning.

We’ve searched the internet for the very best vegan Mars bar recipes so you don’t have to and we’ve listed them below for you.

If you’re wanting to buy something that is already made, then the Twilight candy bar available in the UK from shops such as AlternativeStores and ProteinPickandMix

These are gluten-free as well as being vegan and are described as caramel and chocolatey nougat in a rice-milk chocolate coating, which sounds delicious to us!

Mars have launched Vegan Galaxy chocolate which is a good sign because if they have done that and it’s a success, which it looks like it has been there’s no reason why they may not introduce a vegan version of the popular Mars bar.

Hear about the latest vegan news
Thank you! Your submission has been received!
Oops! Something went wrong while submitting the form.
Popular